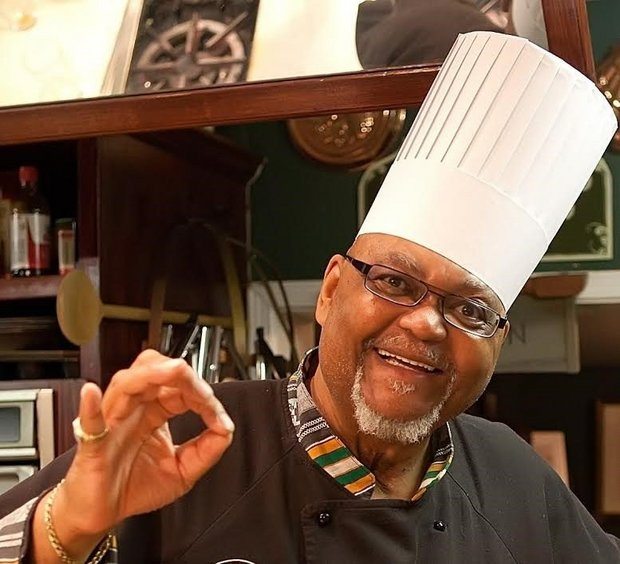 Hoppin’ John is one of the dishes that Chef Lee exposed me to when I was at the Harrisburgher Hotel in Harrisburg, PA as a young cook in the mid 1960’s. He had learn to make it from a black lady while he working in Charleston South Carolina. He said she was very clear that you should never uncover the pot once it started cooking until it was finish.

Hoppin’ John is the Southern United States’ version of the rice and beans dish traditional throughout the Caribbean and peas and rice in Jamaica. It consists of field peas (or black-eyed peas) and rice, with chopped onion and sliced bacon, seasoned with a bit of salt. Some people substitute ham hock or fatback for the conventional bacon; Smaller than black-eyed peas, red field peas are used in the Low Country of South Carolina and Georgia; black-eyed peas are the norm elsewhere. Hoppin’ John is “a pilaf made with beans and rice.” Typical of the one-pot cooking of the South Carolina and Georgia lowcountry, the Hoppin’ John recipe is said to have come directly to America from West Africa. The first written appearance of the recipe in English was in Sarah Rutledge’s The Carolina Housewife, or House and Home by a Lady of Charleston, published anonymously in 1847. Whatever the origins, the dish, originally made with pigeon peas in West Africa, became a favorite of the rice plantation owners as well as the enslaved. As the recipe moved inland, it became the traditional dish for good luck on New Year’s Day throughout the South and a favority Gullah food.

The dish goes back at least as far as 1841, when, according to tradition, it was hawked in the streets of Charleston, South Carolina by a crippled black man who was know as Hoppin’ John.

Heat a soup kettle or Dutch oven and saute the streak-a-lean 3-4 minutes. Saute the onion and garlic 1-2 mintues; do not brown. Add the water, red field peas and salt and bring to boil. Reduce heat and addpeppers and butter. Cook, uncovered, for 30 minutes, adding water, as needed. Stir in rice and simmer, covered for 20- 25 minutes.